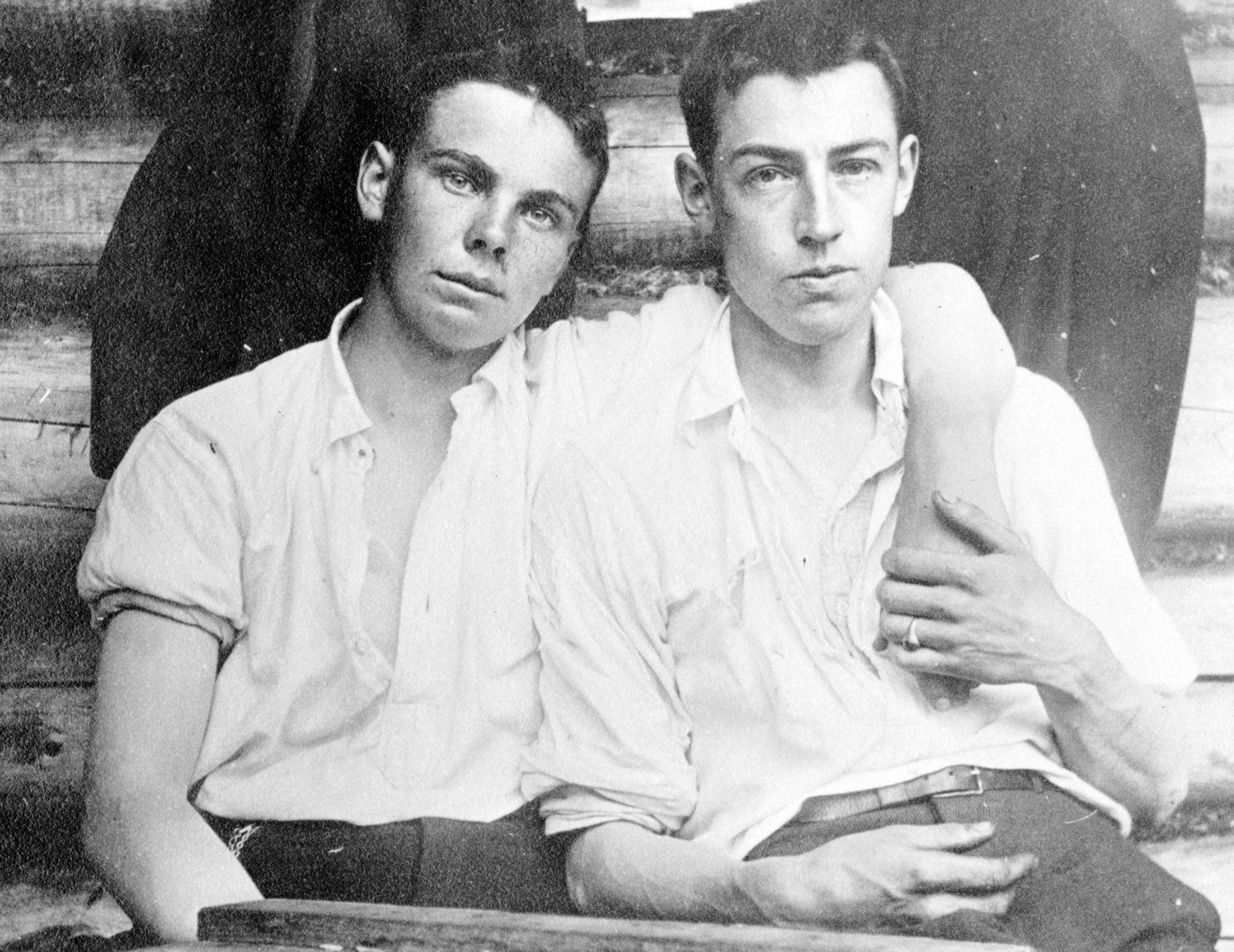 Meet Dusty Green, founder and researcher for New Brunswick Queer Heritage Initiative. We sat down with him to discuss the role of his organization, the challenges of archiving an under-represented community, and some of the queer history he has unearthed in New Brunswick.

What have you being doing since you graduated from Graphic Design at NBCCD in 2016?

“After I graduated, I did contract work for a little while, I was working at Moksha Yoga doing their marketing, and I was working at the provincial archives for a bit. When I was working at the archives, I came across some photos that really caught my eye because they were strange. They were photos that would have been from WWI, from an internment camp in Amherst, Nova Scotia. There were a surprising number of men in drag in the photos – like POWs in mop top wigs and dresses. It didn’t seem like a traditional internment camp. They had acting clubs and gardening clubs. It was very, very strange. I’m sure it wasn’t glamourous, but it certainly isn’t what we would think of these days.

I started asking around the archives to see if there were other examples of that. I wasn’t even trying to suggest any kind of queer nature by seeing those men in drag, because I’m just interested in changing ideas of gender roles, and the gender binary, and what is expected of people. I think it’s important when you see old examples of men in drag, that it’s not specifically queer or gay. But it certainly challenges our perceptions of the past, I think, and what they would have meant back then, versus what they mean now.

In some ways, we’ve sort of tightened up gender roles. I really think that the 80s and 90s reshaped gay identity, basically the AIDS crisis happened, so there became this stigmatization of being gay, so you saw a lot less playing around with gender, and people being more concerned with being perceived as gay or queer. 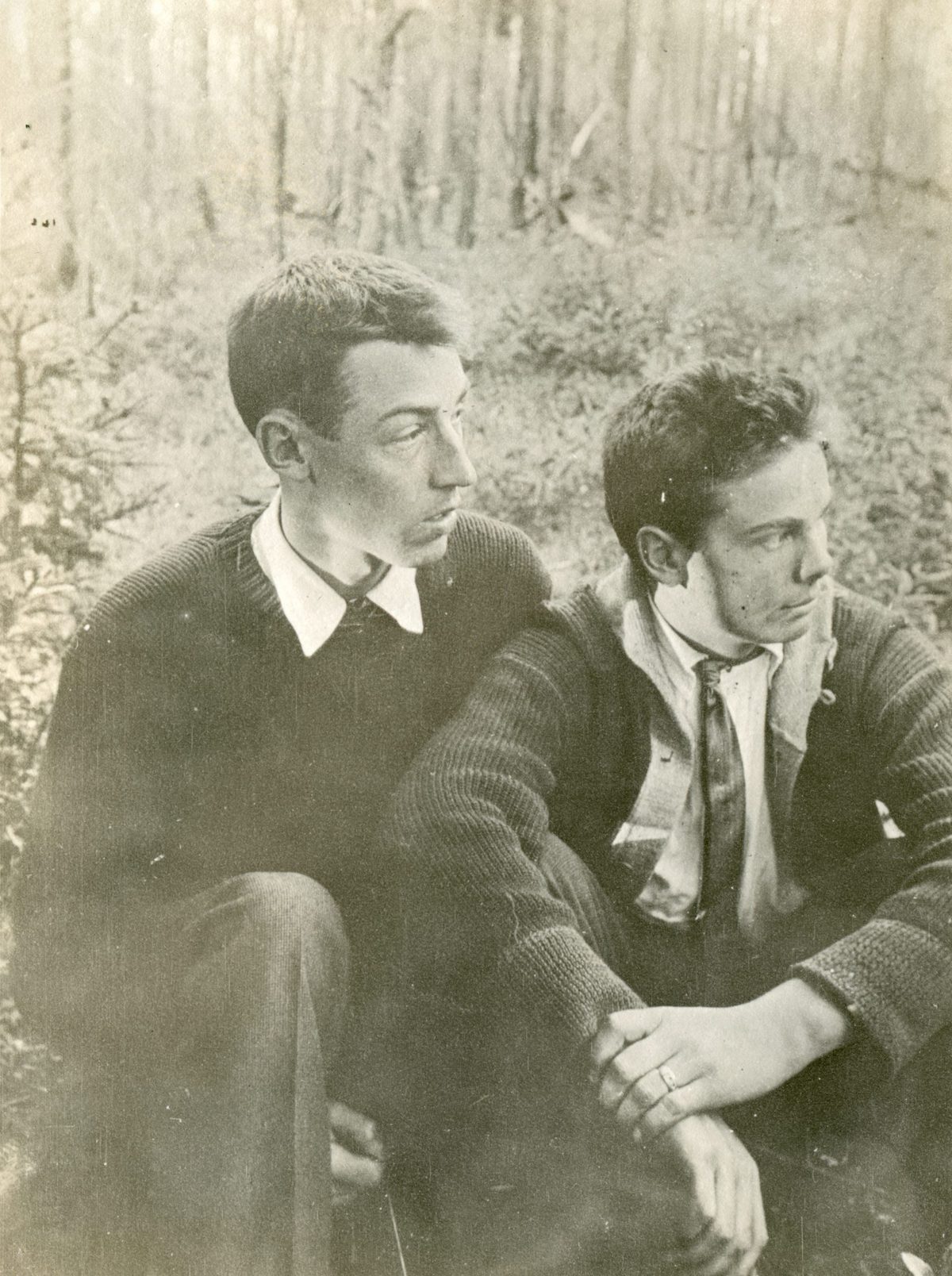 So I started asking around the archives, and I came across a really amazing collection of these two guys named Len and Cub. Leonard Olive Keith, and the other, for a long time, was just known as Cub, but in the last couple of months we’ve unearthed his real identity –  Joseph (Cub) Austin Coates.”

“It is really exciting, because I’ve been working on Len and Cub stuff, for, probably years, and then a fresh set of eyes, an intern up at the provincial archives, was going through it and noticed a couple of things because she had been to places that he had been to, and it sort of blew things open again.

So Leonard was the photographer in this case, and the photos were donated by a mutual friend of theirs, who described the couple as boyfriends, and that may not be a huge deal except for the time period. The photos span from 1905 to 1940. A good chunk of it is Leonard taking photos in his formative years of things that would have been important to him, and it is very clear that there is a man that is very important to him, that is Cub. There’s a massive amount of photos of them together, in varying states of undress and affection. 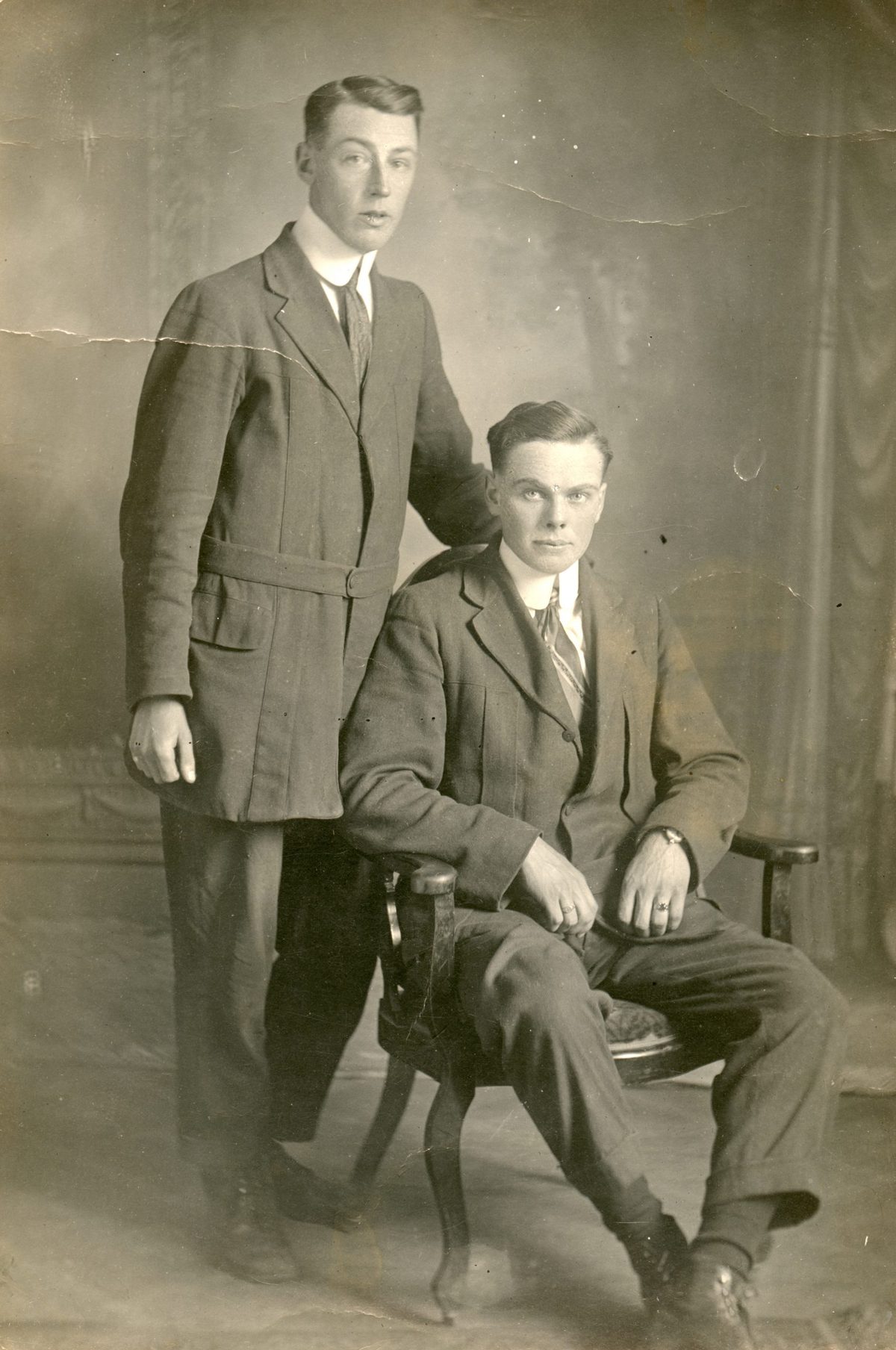 Len and Cub broke things open for me, and got me really excited about queer history. Most provinces have an organization that actively seeks out queer content, because it’s important. It’s been actively suppressed by institutions and society at large for a really long time, so special archives or community archives have had to really come in and pick up the slack. It’s an identifiable hole in our history and our heritage that I saw and wondered why no one was talking about this, and why no one was doing this.

Where does your Graphic Design training fit in?

“While I was at the College, I did my independent study in small publishing. I was trying to marry my two interests – doing graphic layouts and designs, with my interest in queer history. My idea that I proposed to [Dale McBride, Coordinating Instructor, Diploma in Graphic Design] was that I would make a photo book that would really let the photos speak for themselves, and not give a lot of context, beyond saying ‘this is who these people are, here are photos of them together. Call it what you will, I’m calling it beautiful.’

After that I applied for a grant from Library & Archives Canada (LAC). They have a program that is money set aside for people doing research on under-documented communities. So I applied for that, and that’s what I’ve been doing for the past couple of months – doing primary research, and trying to build a chronological timeline with records and photos that represent important bits of New Brunswick’s queer history.”

What were some of the first queer organizations in Canada?

“Our first wave of queer activism came a little bit later than the rest of Canada, which is kind of to be expected. It wasn’t decriminalized until 1969, being a homosexual, and it took a little while after that, it wasn’t until the late 70’s, that some of the first major gay organizations in the province really started to crop up.

Right now I’m digging into the more niche organizations. I’ve got the really big ones down, and the really important things, like Fredericton Lesbians and Gays (FLAG), which was the province’s first real organized queer organization. They started with dances, but then they developed and got a help phone line, because there was literally no one you could talk to. You couldn’t talk to your doctor, you couldn’t talk to your priest, so people were feeling extremely isolated and alone. So, dances, phone line, and then, around 1985, Fredericton’s first gay bar opened, Dance Trax. 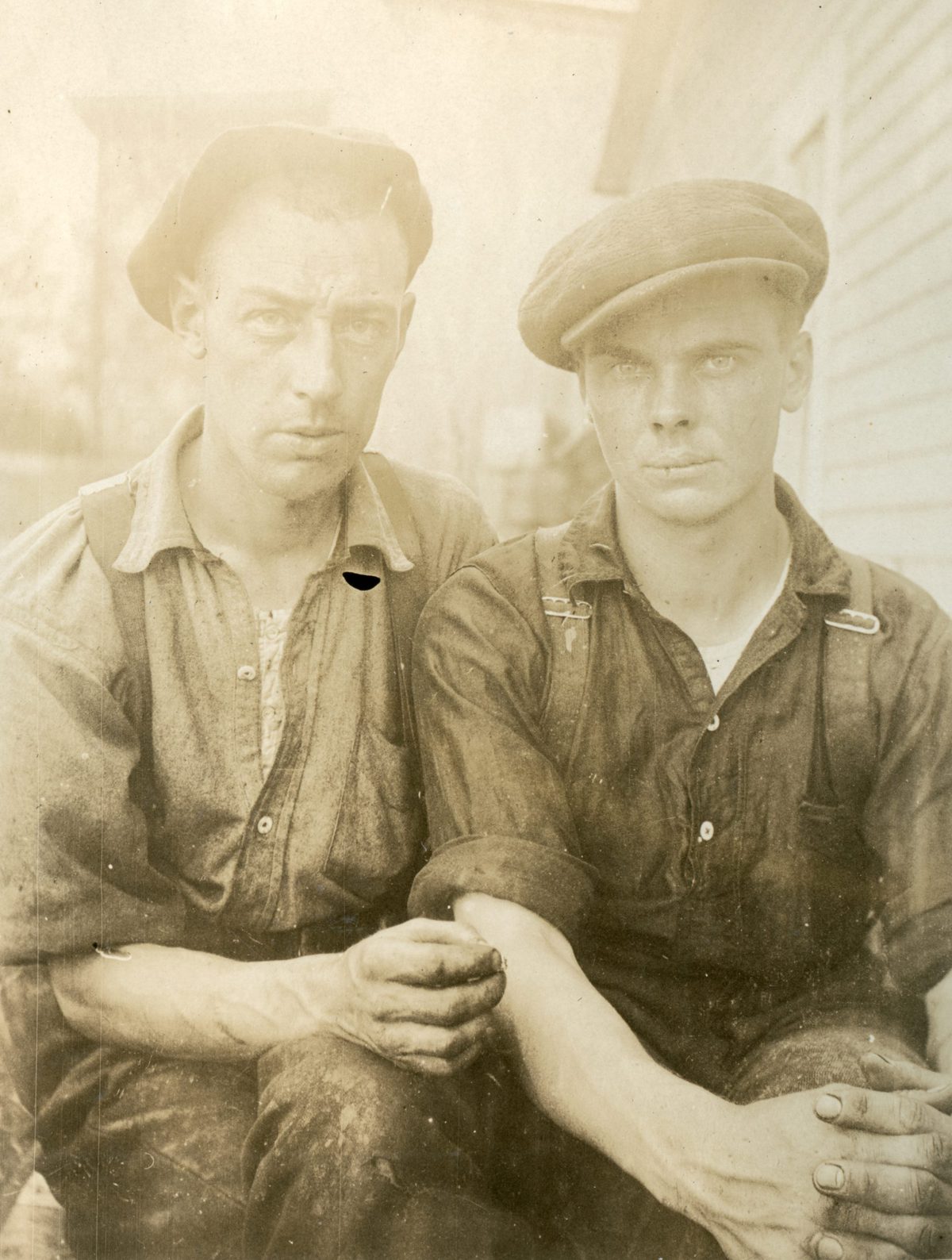 The NB Coalition for Human Rights Reform, they took on a more political focus, such as protections for employment and housing. It was 1992 before we got those protections. Finally, you couldn’t be fired for being gay, and you couldn’t be refused buying a home or renting an apartment or lodging.

When you hear some of the dates, it blows your mind. It’s so recent. A lot of people just don’t care about history. It’s like, queer history isn’t just part of the past, it’s happening right now. We’re not out of the woods. Look at the lives of so many queer people in our city and they are made more difficult by institutions that just don’t recognize their identity. We have a long way to go.” 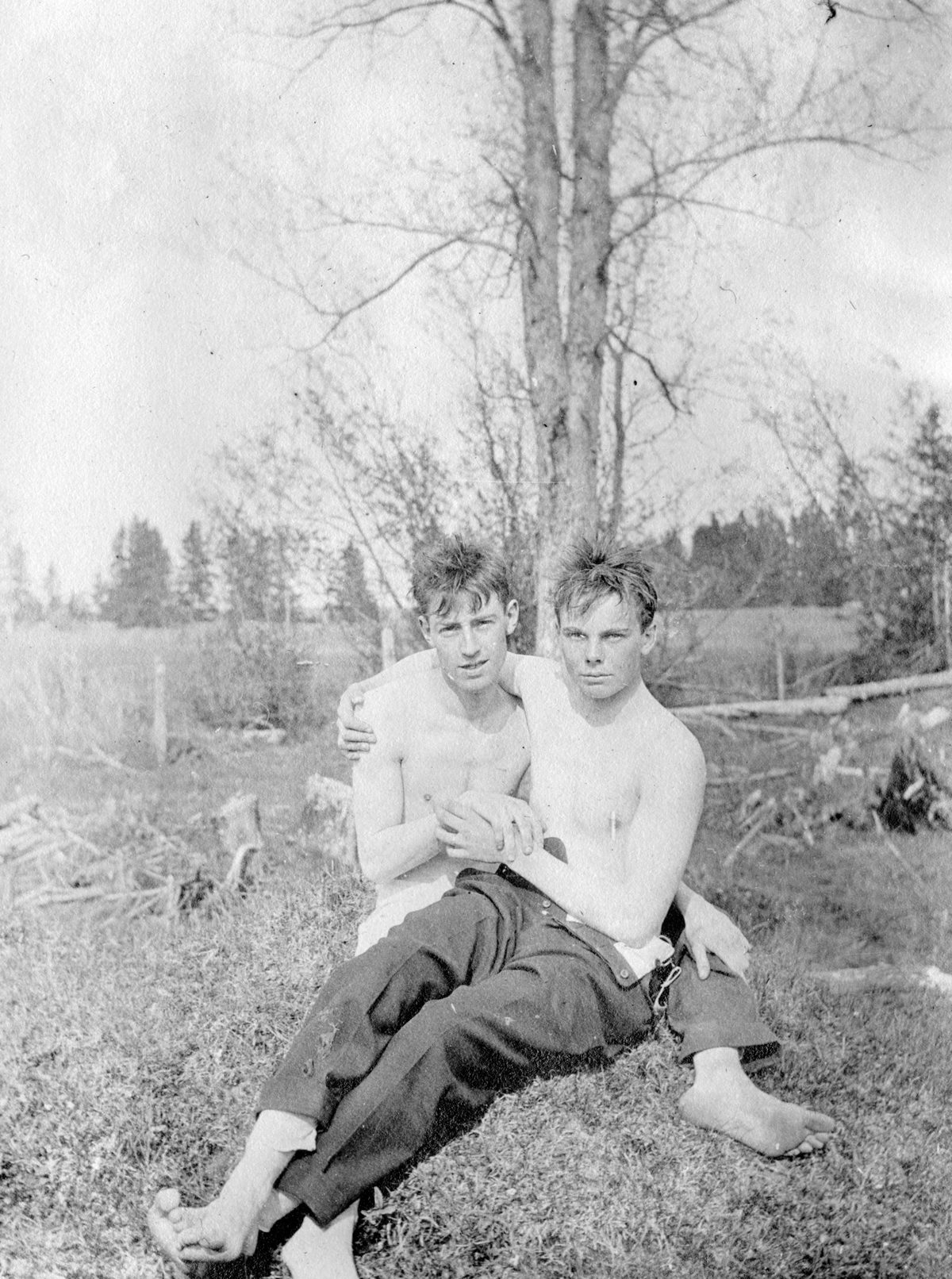 What are you planning to do with all this history that you’re collecting?

“The most immediate plan, sometime in 2018, I plan on launching a website. It’s basically going to be a hub for New Brunswick Queer Heritage Initiative, which will have a link to our Access to Memory (an online records management system) so the public will be able to go to the website, and go through records, or search time periods.

And then, I would also very much like to provide a continuously updated list of queer resources for queer people living in NB – so that could be anything from social and support resources to community groups, and also medical resources, for counsellors and clinics and doctors that have the training to adequately provide service to queer people, and advertise that they do so.

That’s the most immediate project – the website. I haven’t figured out exactly how I’m going to do it – to break it down by decade, or New Brunswick’s queer history in a hundred records.  Some sort of a timeline with actual records that you can pull up, with citations and photos. It’s in the works. I’m in the writing phase of it right now. “ 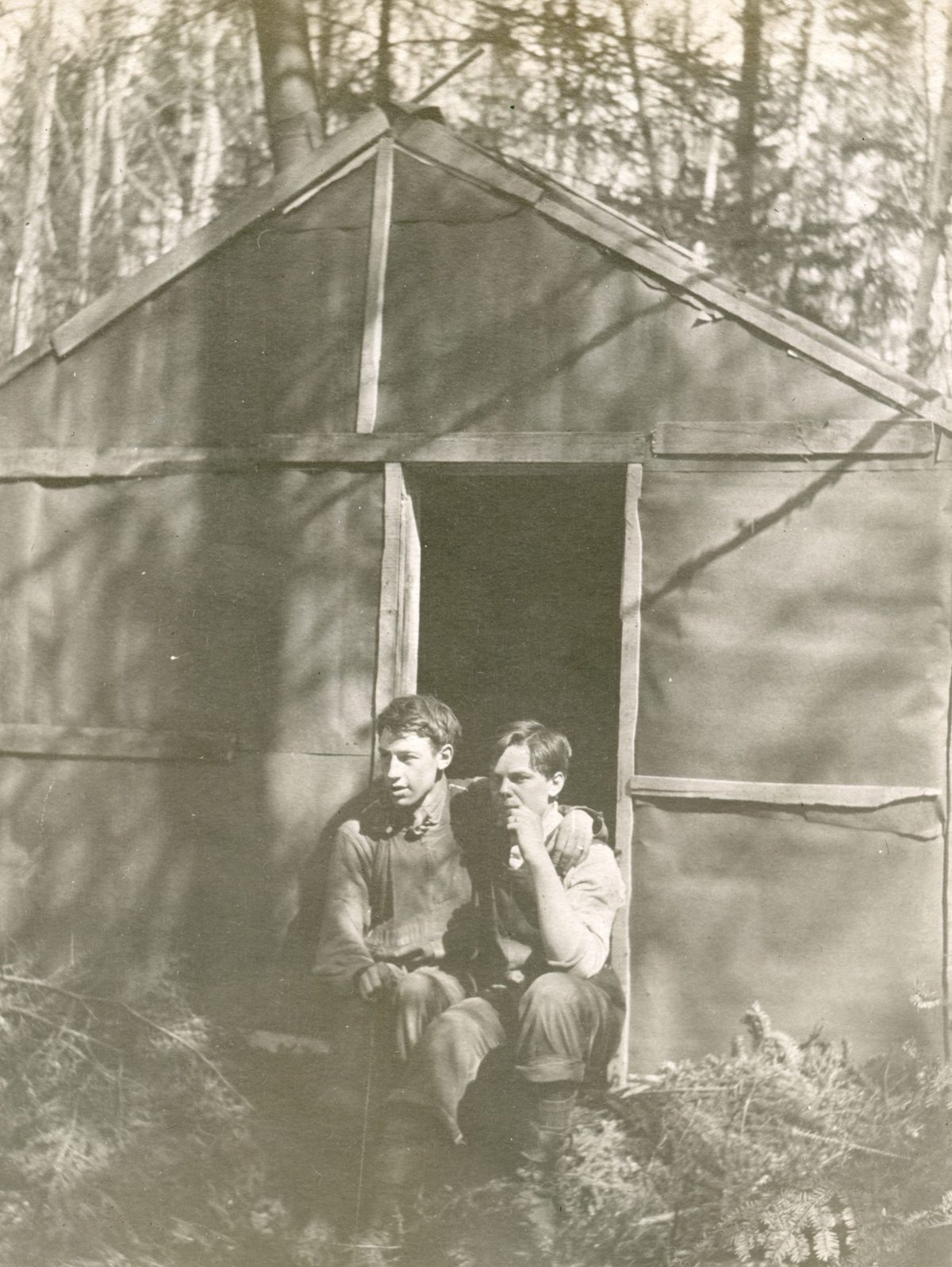 That must take a lot of work. It seems like, with historical research, you would have to be constantly fact-checking everything.

“Doing community archiving, it’s curious work, because a lot of time you’re not dealing with actual records, you’re dealing with people’s stories. And stories are awesome, because more than anything they provide for you an emotional context of what these people have gone through and are going through. So, in that, you have to fact check everything, because people are not infallible, they mix up dates, or misremember an event.

That’s not to say that oral history is not a good form of archiving, of narrative building, for our cultural identity. It’s become a really important part of queer historian’s and queer archival work. A lot of times those records don’t exist, they were suppressed or not collected at all, so literally all we have is people that lived through it. While it doesn’t necessarily provide an infallible version of a point in history, oral histories show us the emotional impact and the lived experience of queer people who went through active homophobia and heterosexism.”